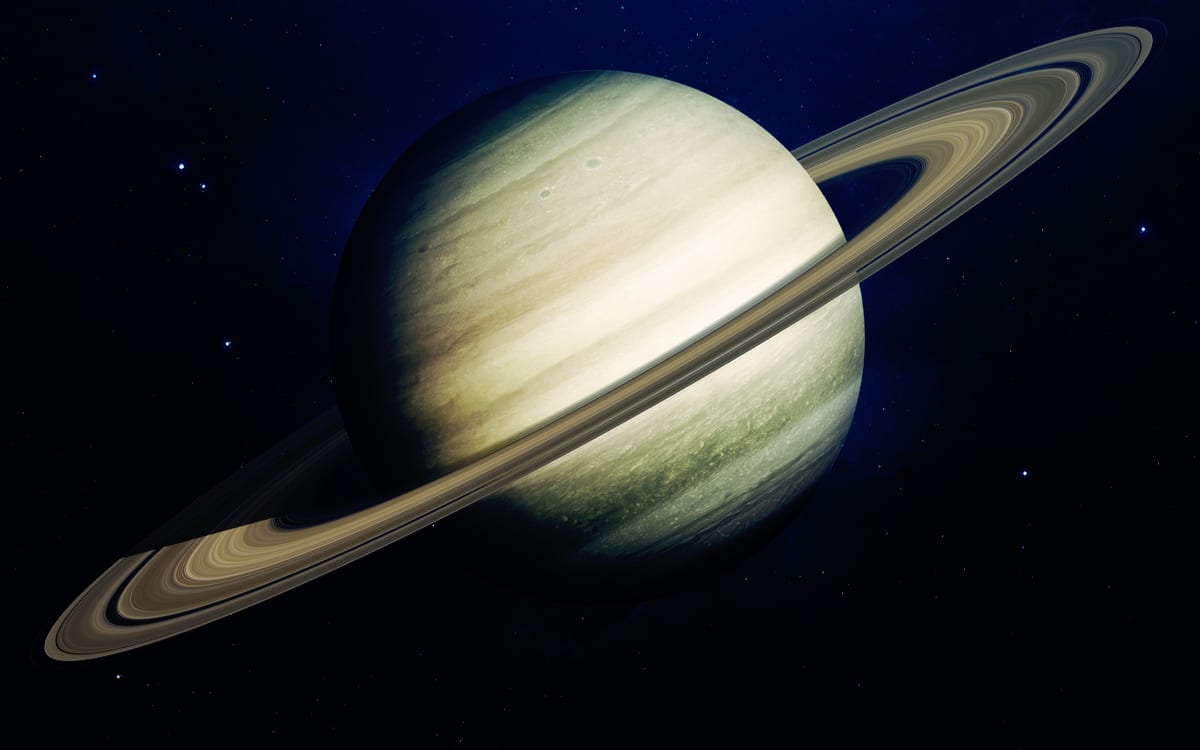 When you first studied the solar system in elementary school, you may have been assigned to memorize the planets. Chances are, Saturn was the easiest planet (apart from Earth) for you to remember because of its trademark rings surrounding the planet. Everyone knows what Saturn looks like.

We hate to admit this, but Saturn’s rings are slowly disappearing. A new astronomical investigation reports Saturn’s recognizable rings will be gone in the next 100 million years. This might not mean much to you right now in 2019, but astronomers say we should be concerned.

The Science Behind Saturn’s Rings

Since Galileo first discovered Saturn using his telescope in 1610, scientists have been enamored by the planet’s breathtaking rings. Astronomers have studied and contemplated them, thinking of different theories about their origin. Where did they come from?

In 2011, researcher Robin Canup finally found a scientific answer to our questions, and it’s the most practical response. His theory proposes that the rings are actually ice remnants from a former moon. When Saturn and its surrounding 62 moons formed, along with the rest of the solar system, over 4.5 billion years ago, Canup assumes one of Saturn’s large moons formed far too close to the planet to maintain a stable orbit. 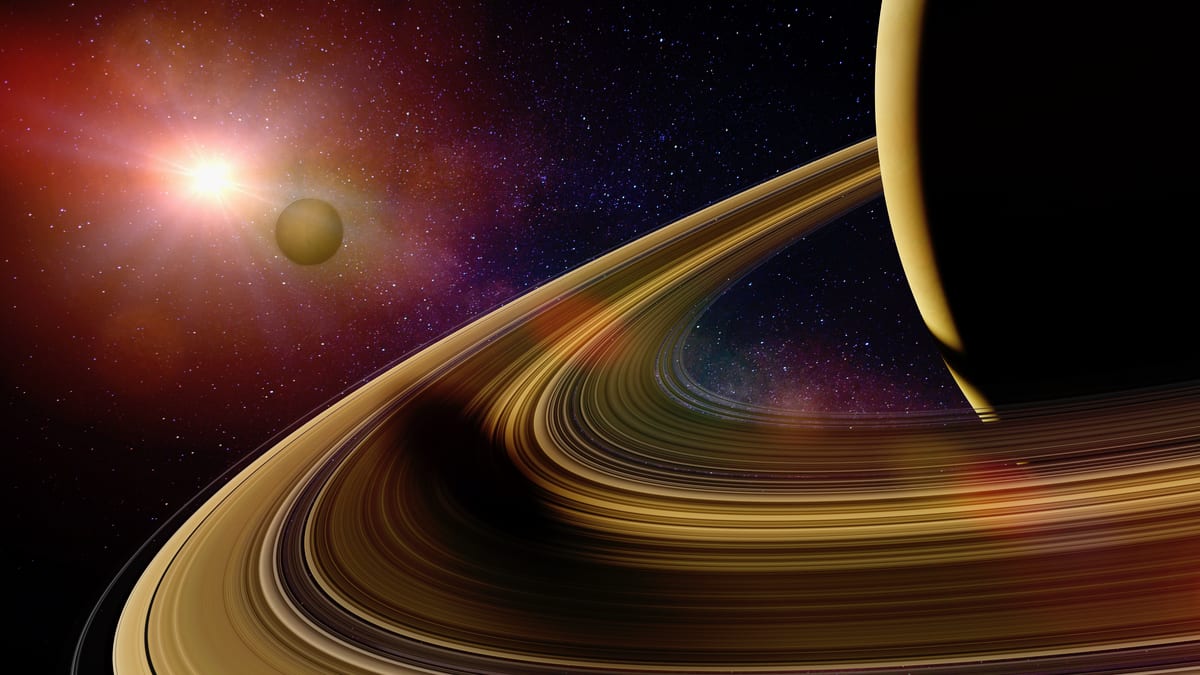 What was the result? The moon spiraled inward, sucked in by Saturn’s gravity. The planet’s natural gravitational pull ripped away the moon’s icy outer layers, forming the recognizable rings we see today.

How did the ice particles form a perfect circle, you may ask? Well, much like science’s many unanswerable questions, it’s a phenomenon we can’t yet understand. Sometimes, we don’t know how these natural events happen, but we can learn to appreciate the spectacle. We wouldn’t want these beautiful rings to disappear, but scientists say they’re vanishing—piece by piece.

Scientists conducted a new investigation of the planet’s rings. The report determined Saturn is slowly losing its rings due to an odd phenomenon known as “ring rain.” Essentially, the phenomenon pulls water out of Saturn’s existing rings and into the planet’s mid-latitude regions. “We are lucky to be around to see Saturn’s ring system, which appears to be in the middle of its lifetime,” said study author James O’Donoghue. 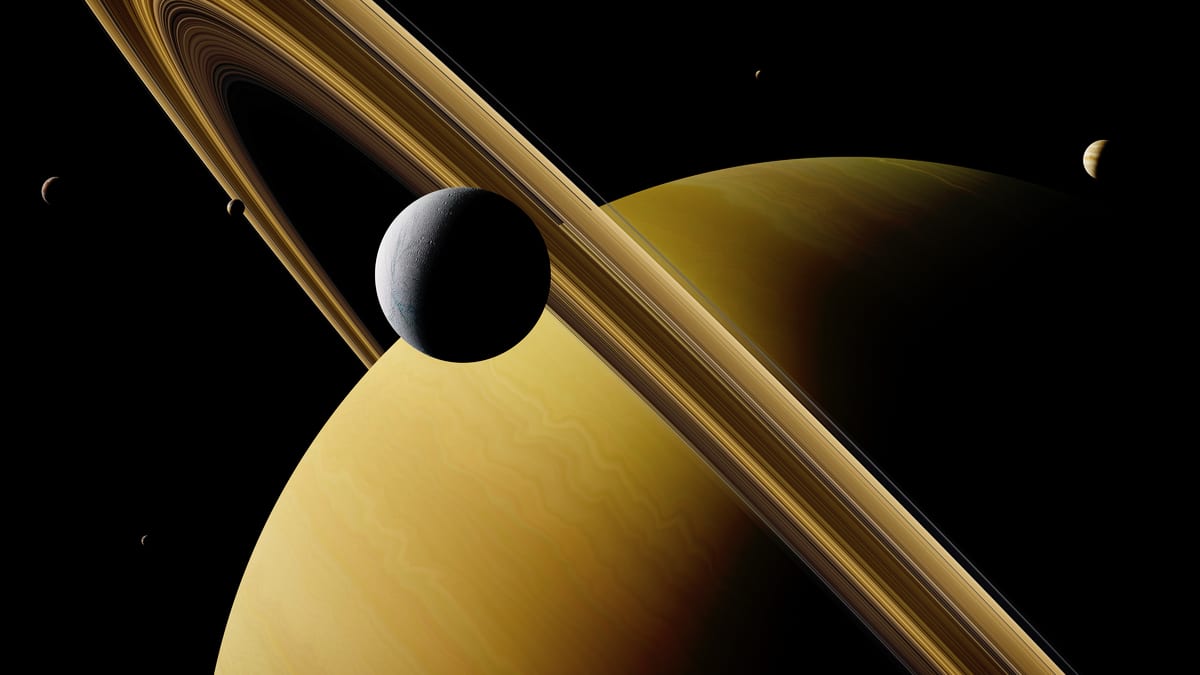 O’Donoghue, a space physicist at NASA’s Goddard Space Flight Center, has developed his own theories about the sudden phenomenon. This includes a startling prediction that maybe this isn’t the first time in scientific history “ring rain” diminished the rings of our solar system’s planets.

We Missed Out On Other Rings

O’Donoghue states in his new theory that rings are temporary. Other planets, including Jupiter, Uranus, and Neptune, could have had giant ring systems similar to Saturn’s current system. They would have closely resembled Saturn millions of years ago, but now they only have thin ringlets. 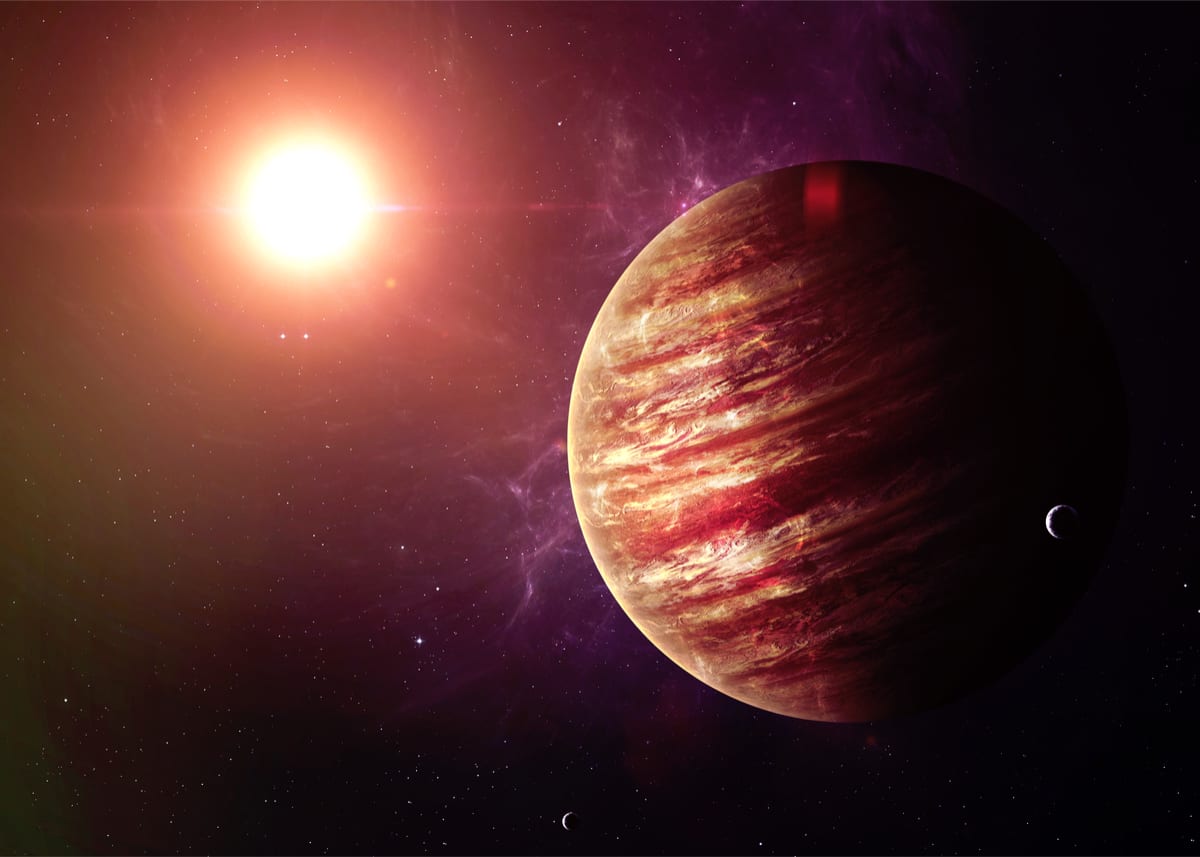 If we could build a time machine, scientists could easily travel back in time to determine if Jupiter, Uranus, and Neptune had their own ring systems. Maybe it would be more difficult to distinguish the gas planets. But if these planets had large ring systems, why has Saturn’s survived this long in the first place?

Saturn’s ring system is far larger and more visible than any other gas planet. The planet’s rings have more matter than other planets’, with a mass of at least 1,000 times greater than the mass of Jupiter’s thin ring system. Scientists wouldn’t be surprised if Saturn’s ring system even has small moons embedded in the rings, which telescopes have been unable to detect at this point. 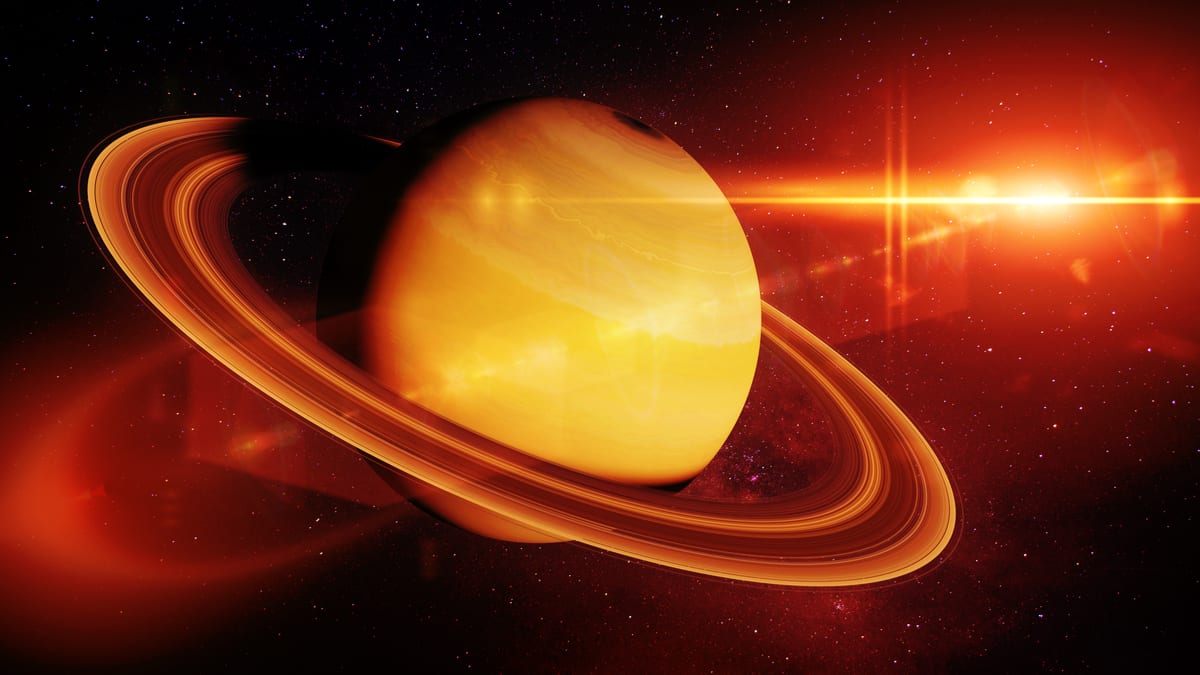 But just because Saturn’s ring system has more matter and ice particles right now, it doesn’t mean it will last forever. Instead, the materials that make Saturn the unique planet we know and love are vanishing—and it’s happening every second. We just haven’t known about it until now, thanks to O’Donoghue’s report.

O’Donoghue’s research spotted a startling volume of “ring rain” in just a few hours. If this is normal for Saturn’s weather system, the rain phenomenon is consuming an average of 925 to 6,000 pounds of the planet’s icy rings every second. With this rate, Saturn’s ring system will be as thin as Jupiter’s, or even vanish completely, in the next 300 million years.

However, Saturn could potentially face an even grimmer future after knowledge from 2017’s Cassini-Huygens mission. The satellite probe studied the planet and its ring systems, particularly looking for any clues about the rings’ fate. The probe sent material back to astronomers at NASA, the European Space Agency, and the Italian Space Agency. The researchers weren’t happy with the results. 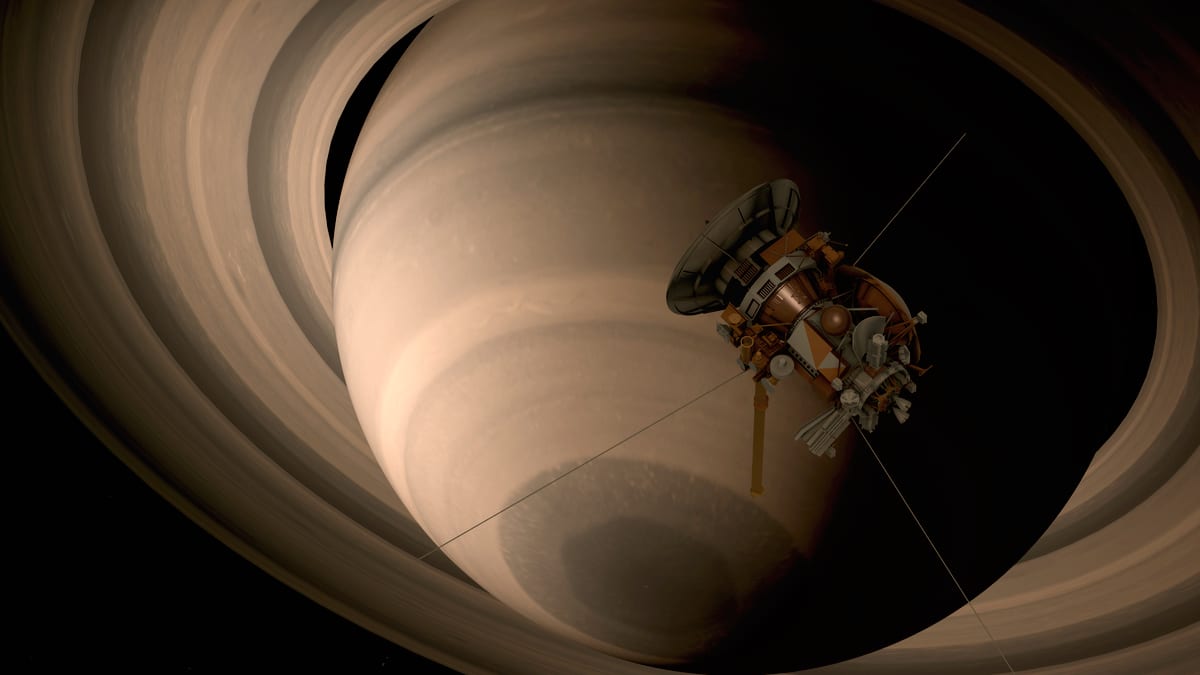 The probe detected a different, more-voluminous type of infall (the falling of small objects) from Saturn’s rings. O’Donoghue proposes more ice particles are falling from the rings than he has ever been seen before. Unfortunately, he wouldn’t be surprised if the rings disappear in less than 100 million years.

The recent report about Saturn’s future reveals new information about the entire solar system. Unfortunately, the planets won’t last forever. In four billion years, the Andromeda Galaxy will merge with our Milky Way, creating a massive change to our galaxy’s current structure. Our night sky will look drastically different and our Sun will continue to get hotter, boiling our oceans. About five to seven billion years from now, our planet will run out of natural fuel in the Sun’s core. 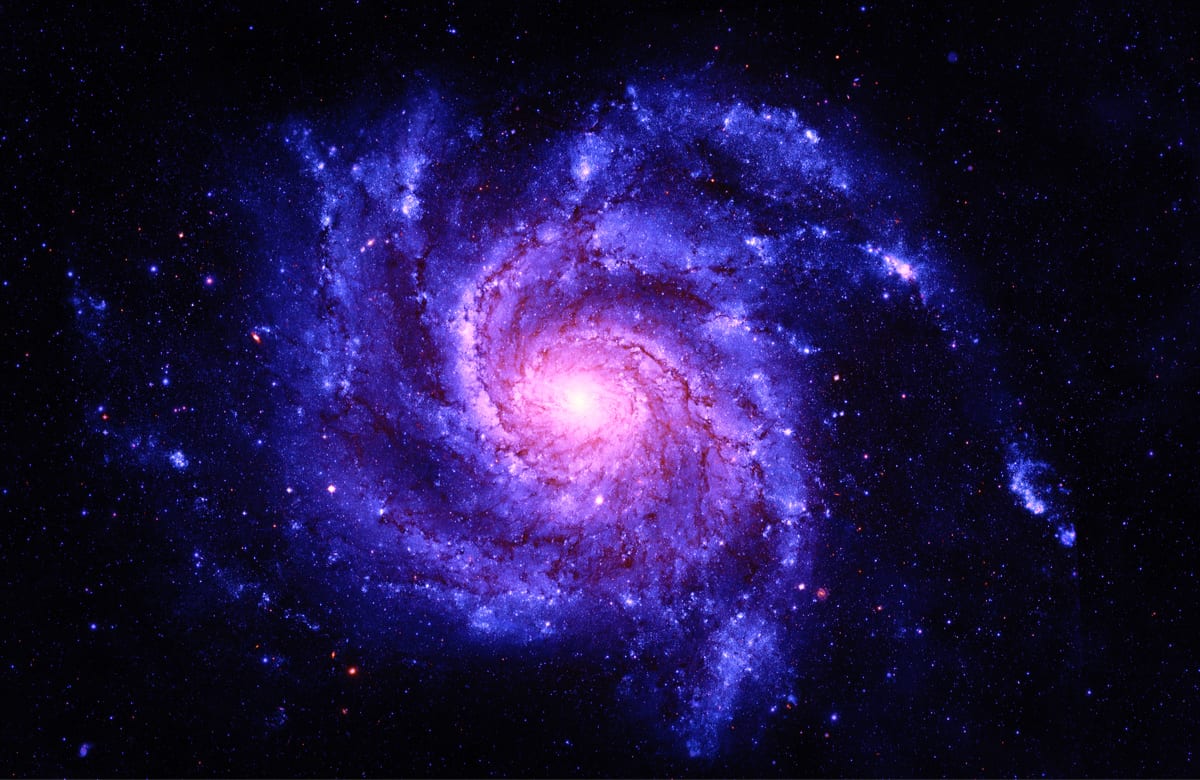 But the new report about Saturn’s fated future tells us our solar system could change much faster than once predicted. There’s nothing to be done and there’s no reason to panic right now, but to many, it’s upsetting news to learn that millions of years from now, our solar system will look drastically different.