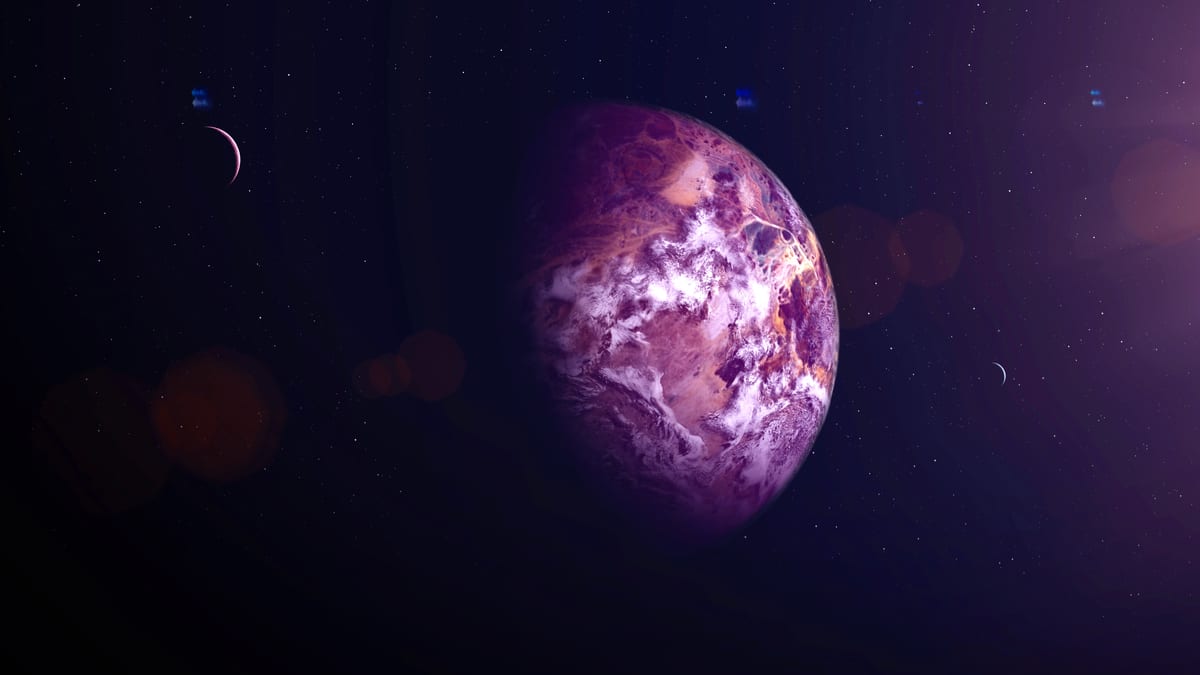 Astronomers have recently discovered a new object orbiting in our solar system, and it happens to be the farthest object found thus far. The new object looks to be a dwarf planet. It has been nicknamed “Farout,” an apt name because of how far away it is, more 100 times the distance between the sun and the Earth. 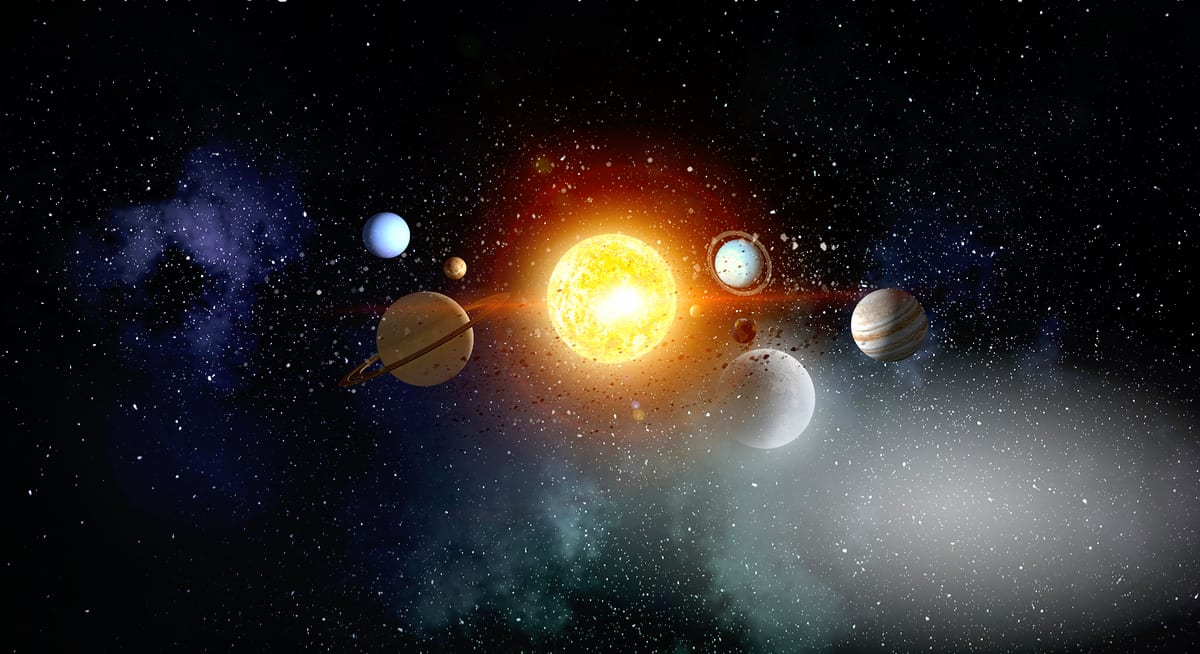 With the distance between the Earth and the sun sitting at 93 million miles apart (also known as an astrological unit, or AU), let’s just say it’s not even a little bit close, not even relative to other distances in our solar system. Farout truly is far out, literally.

Everything You Need To Know About “Farout”

Farout was officially discovered by Scott S Sheppard of the Carnegie Institution for Science in Washington DC, David Tholen of the University of Hawaii, and Chad Trujillo of Northern Arizona University. It seems to be a round and pink dwarf planet in our very own solar system. However, Farout will take around 1,000 years to make just one trip around the sun compared to our 365 days. That should help our minds better understand a fairly unfathomable distance, at least. For even more perspective, know that it is over three and a half times as far from the sun as Pluto.

Before this, the farthest known object in our solar system was another dwarf planet called Eris, which is around 96 AU from the sun. Farout is 120 AU from the sun. Voyager 2, the space probe launched by NASA in 1977, reached interstellar space at approximately 120 AU not long ago. This means it has entered the heliosphere, a place in space no longer in the “sphere of influence” of the sun. Scientists know there are solar system bodies even further away than Farout, such as the dwarf planet Sedna at over 900 AU away, but they haven’t actually seen them. 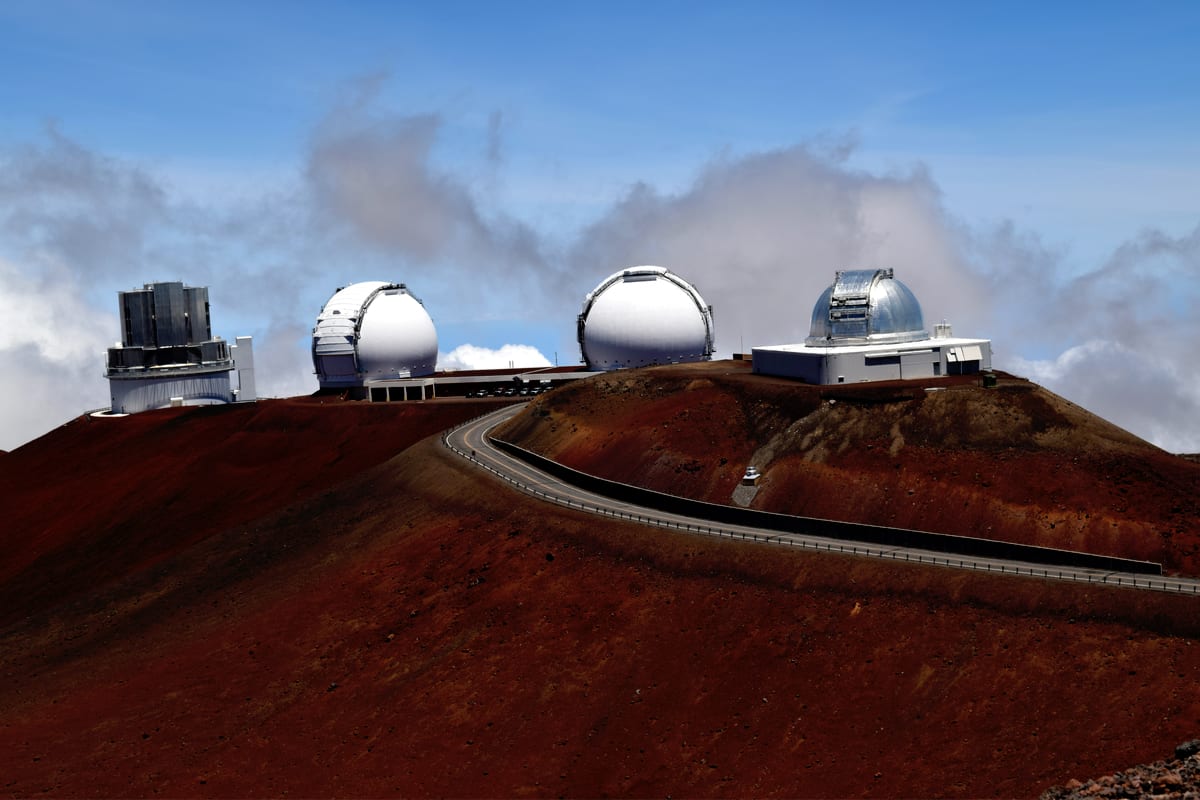 Farout was first discovered thanks to the Subaru 8-meter telescope in Hawaii in November 2018. Confirmation from the Magellan telescope in Chile provided additional certainty of its existence. They’re saying it’s pretty small, only 500 or so kilometers across, which is big enough to make it spherical. It looks pinkish, suggesting it has a lot of ice. That makes sense since it is so far away from the sun. Ice has a tendency to turn red or pink from extended exposure to solar radiation.

What Led To The Discovery Of This New Dwarf Planet?

More and more distant objects in our solar system continue to be discovered in recent years for many reasons, but one reason stands out. Scientists have a theory that a giant Planet Nine exists. Some also call it Planet Nine, thought to be quite a bit heavier than Earth. This theory comes from the fact that several distant objects seem to be impacted by some unknown gravitational influence, and they think it must be coming from a very big planet. Perhaps understanding more about Farout will provide some sought-after information that could lead to finding this mysterious ninth planet.

Farout appears to be moving much slower than any other solar system object yet observed, which means it might take years to get a grasp on its orbit. Researchers think it could have a similar orbit to other distant solar system bodies as it was found not far from them on the sky. Those other hyper-distant solar system objects orbit in a highly elliptical fashion. Their orbits have led to the initiation of the theory of a massive new planet in deep space, several hundred AU away. They think Planet Nine could be courting these other objects into this oddly elliptical orbit. There are 10 of them orbiting in this fashion that they’ve found so far. If there were only a couple, that would be easily accounted for by random chance, but 10 makes it unlikely that chance is in fact the cause. A gigantic ninth planet with a lot of gravitational pull provides an explanation for why those objects have such an elliptical gait in their orbits. 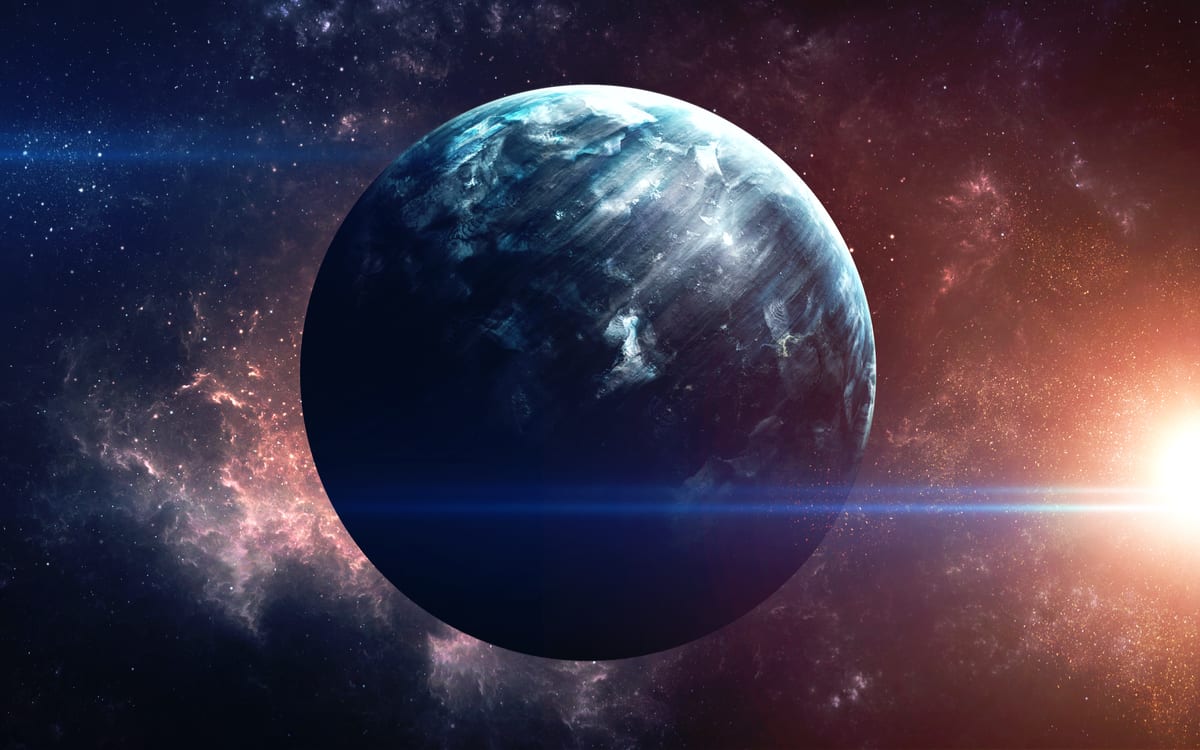 It seems unlikely that objects as far away as Farout and Eris could be much influenced by inner-solar system planets in terms of their orbital patterns. That is why understanding how those dwarf planets and other distant objects near them orbit can possibly point scientists in the right direction in terms of finding the theoretical Planet Nine. Every new object with a similar orbital route to the ones already determined makes it more and more possible that Planet Nine really does exist.

Many scientists don’t think these few objects’ odd orbital patterns are enough evidence to make such a grand claim as a potential new planet of this size, and thus highly doubt its existence. Still, a few scientists out there feel strongly that Planet Nine could easily be real. However, without knowing exactly where to look for Planet Nine, it would be hard for even a powerful telescope to provide a glimpse of something so, so far away.

Modern Technology Will Not Stop

Before the invention of modern extremely powerful telescopes and modern computers and research methods, it was impossible to do anything more than imagine what could be out that far into space, past Pluto and beyond. Now, we are far past imagining what exists in our solar system at such distances. We are able to locate and even see those things, which will help us understand the universe a bit more. 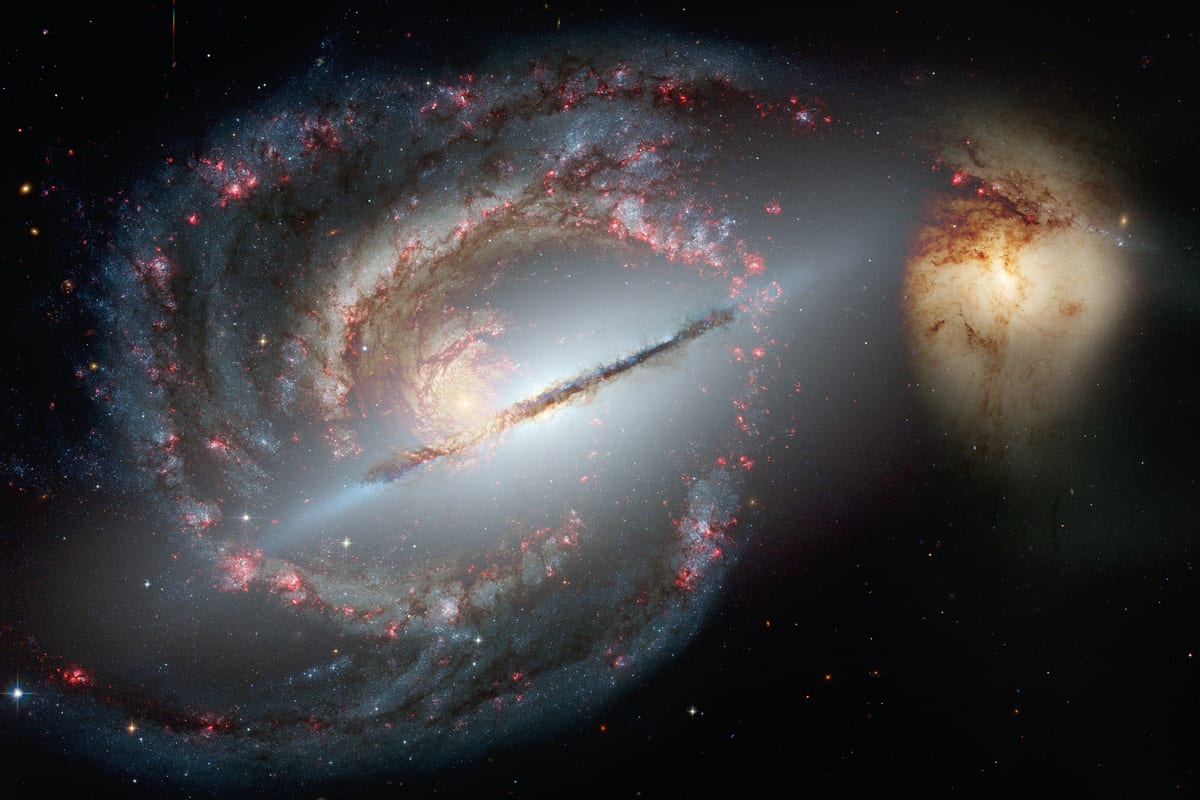 Scientists have some leads on where they think the ninth planet could be hiding, but even with all the modern technology of today’s world, something that is hundreds, potentially even 1,000 AU away, would be faint. The sun just doesn’t bring much light that far away. Even a planet as big as Neptune wouldn’t be visible enough for the majority of telescopes to spot. Large objects in the outer solar system, a massive planet included, can very easily hide from us as a result. 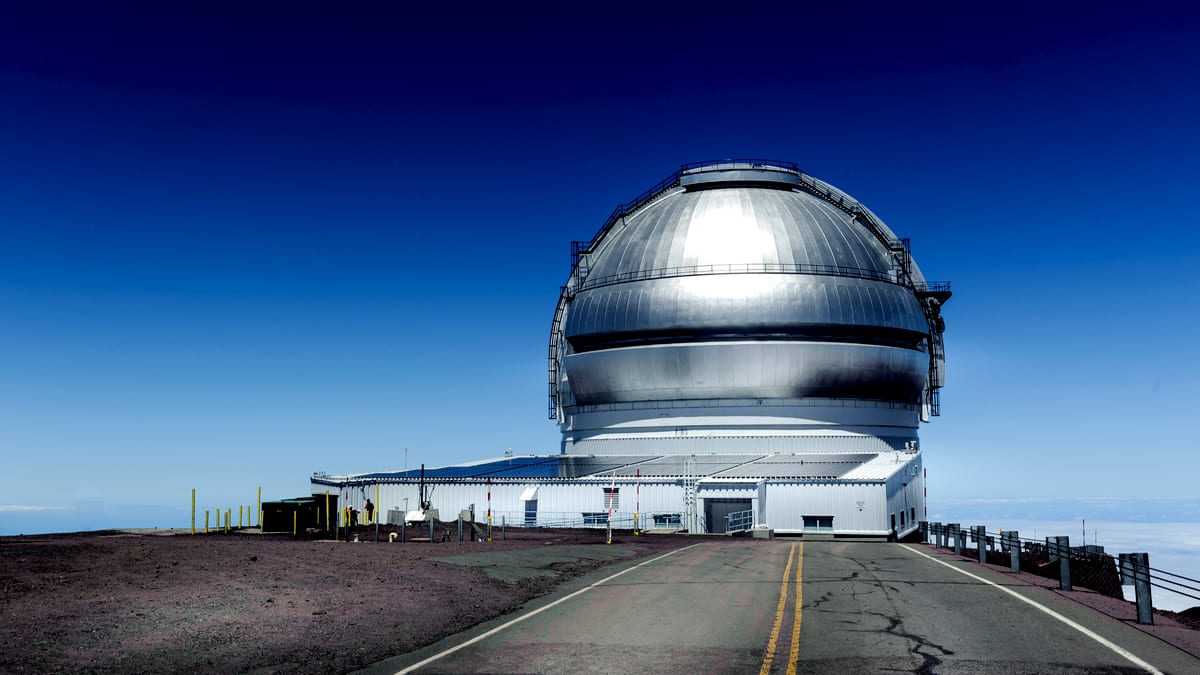 The Subaru telescope which located Farout may not be strong enough to locate the hypothetical Planet Nine, assuming it exists. However, powerful new instruments are currently being developed. One, known as the Large Synoptic Survey Telescope (LSST), should be in use in the Chilean Andes early in the next decade. That could be the ticket to discovering whether or not Planet Nine exists, as well as finding much more that is hiding from us out there.